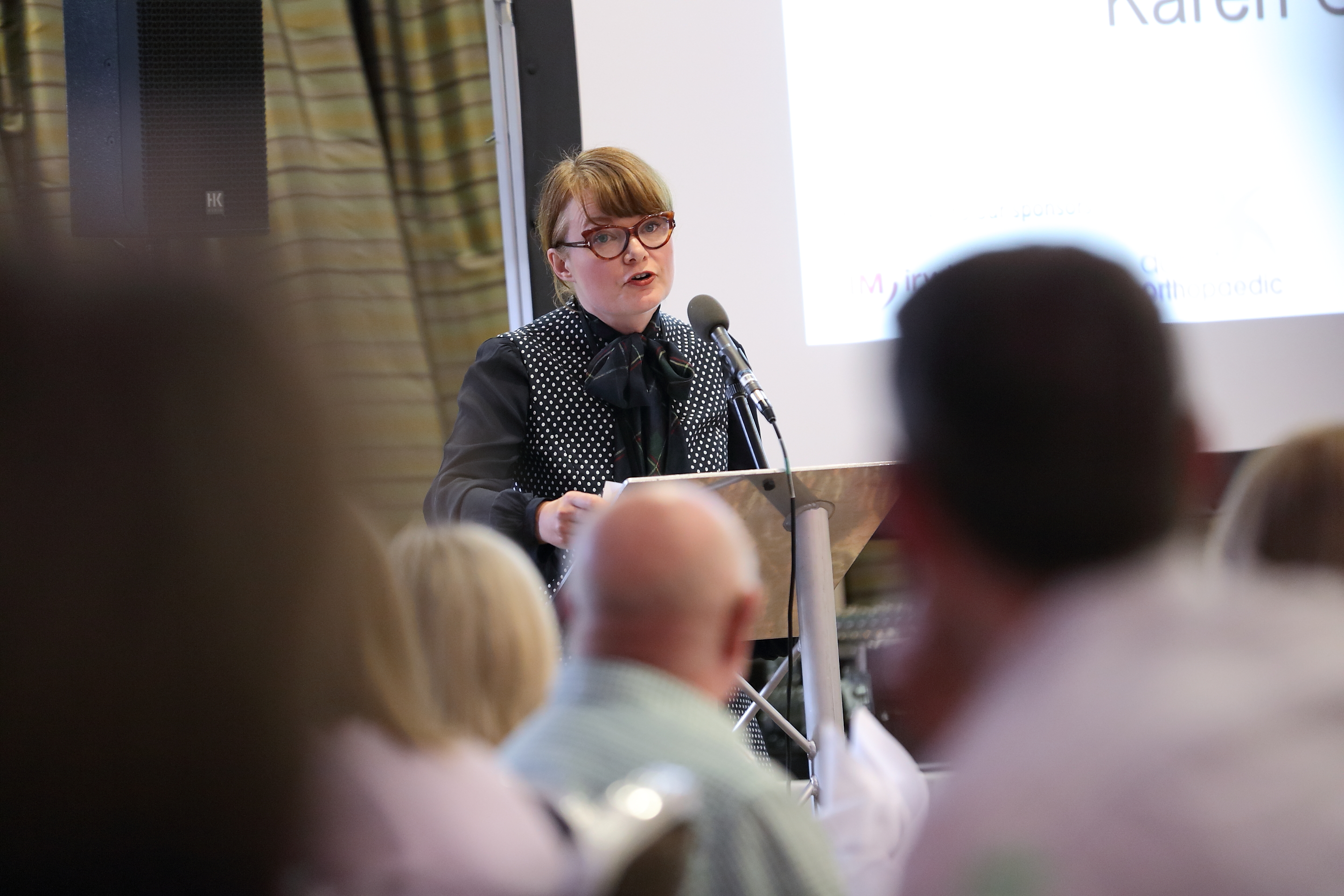 I was recently honoured to be one of three speakers at the opening dinner of the 2017 Stroke Assembly North. Above is a picture of me before the MakeMayPurple wigs came out :-)

This Stroke Association event focuses less on healthcare professional than the Stroke Forum (which I also attended, in November '16) - and more on stroke survivors, their carers, and their support networks. The very wonderful Stroke Association chief exec. Juliet Bouverie and others addressed the room on several occasions, highlighting recent government stalling on addressing stroke provision, demanding a new stroke strategy for the UK (we have 100,000 strokes a year - and we think that's going to sort itself out do we?!), but the most attention was rightly given to first-hand experiences of stroke in its many forms.
I had a very tough few acts to follow with my presentation - former financial planner and all round over achiever (he'd agree I am sure!) Nick Cann had everyone in tears when he concluded his moving speech with a clip of him singing. Nick has aphasia and so struggles to speak and communicate, yet his outlook on life was incredibly positive and he does so much work to raise awareness of stroke. I showed a few minutes of one of our special 'extra' scenes - an extended version of what is in the film - of Mum completing the 'Six Million Women Study with my help. Everyone in the room laughed and cried - exactly as they should do! And then I outlined the outreach work we have been doing and my motivation for it - especially now that I can say - sadly - that both of my parents lives were devastated by stroke.

The next day I manned a stall with examples of our See Beyond Stroke resources and DVDs of the film for sale - I met so many incredible people, but I especially wanted to highlight the Aphasia UK network. My late Dad Ian's stroke last year gave him severe aphasia, and for the first time I witnessed the effects of this little-understood condition on the mental wellbeing of a stroke survivor. It was so different from my Mum's stroke, which had mercifully left her speech intact, and so to meet people who had lived with aphasia for decades was truly inspiring.

From AphasiaUK Leeds branch Mark Chappell hails. Mark works to raise awareness of the challenges of living with aphasia (which he suffers from) and he produces some brilliant videos - he filmed me for this one below which covers lots of the Assembly's activities.
I think you'll enjoy it!

Many thanks to Anne Abbott and all her Stroke Association colleagues for welcoming us to this event.